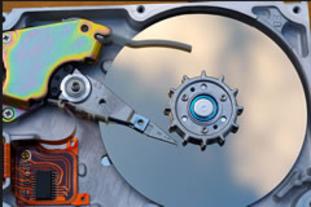 Malware is malicious software that is installed on a computer without the user’s consent. The harmful effects of these programs range from the loss of valuable files to identity theft and credit card fraud. There are a range of programs that fall under the category of malware, including computer viruses, Trojans, spyware, adware and crimeware. Over the past 20 years, hackers have been able to exploit loopholes in software to allow them to install malware on users’ computers. For example, when surfing the Internet, many legitimate websites, such as online game or video websites, require the installation of software components to run properly. Browsers often automatically load these components without asking the user so that an uninterrupted website experience is provided. Malware developers have exploited this function by setting up the malware as a normal component of a website, even though it has no function other than to harm the user’s computer. Alternatively, forms of malware may sometimes be packaged with useful software from the software supplier. Malware is fast becoming the number one issue for PC over taking viruses from my Download page you can download some free tools to help remove Malware and Viruses threats

Despite all the recent publicity, viruses are not new. In the 1950s, researchers studied programs they called "self-altering automata." In the 1960s' computer, scientists at Bell Lab had viruses battling each other in a game called "Core Wars." The object was to create a virus small enough to destroy opposing viruses without being caught. In the 1970s, Xerox Corp. Who had been doing virus research for five years demonstrated a self-replicating code they had created. These researchers are said to have been the first to use virus in the this context. They and other scientists hoped to use productive viruses as tracers and timesaving devices. There are over 900,000 viruses ( depending on what website you vist ) currently in existence, and more discovered weekly.

Balance the scales in your favor